Literature and Life: Kindness and Wealth

Please welcome back Megan Easley-Walsh.  Funny story, in talking we discovered that we both lived at Spangdahlem, the relatively small air base in Germany, vrtually unknown except those who have lived there--although we missed each other by 15 or 20 years!  Anyway, that's a side track.  Megan is back with a post about Literature and Life.

I'm happy to be back wth you, Laura and readers, for the third part of my series of posts.  This is also part two for discussing my second novel, What Edward Heard.

In addition to reading for pleasure, readers often dive into a book for an uplifting experience or the opportunity to learn something new.  Laura has asked me to talk about the life lessons in What Edward Heard. 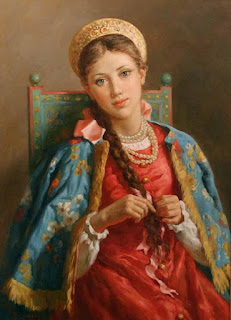 Without giving too much away, I'll say that the novel covers the stories of many lives as the painting travels from Venice in 1566 to England in 1916, where Edward Jamion first encountes it.  The characters all learn the lessons of the painting to varying degrees, depending on their own circumstances and also when in history they appear.  The lessons of one character to the ext become affixed to the painting, in away, and so certain characters may bear the brunt of previous actions more than others.

One of the major themes and life lessons in What Edward Heard is that who you are mtters and you don't have to prove yourself.  This plays out through Edward.  He is self-sacrificing, to the extent of going into battle for his cousin's benefit.  Edward is American and joins the English army in 1916, while the United States did not formally joi WWI until 1917.  With the help of the characters he meets in England, including the painted lady in the portrait, he must learn to accept himself in order to find peace.

Although he leaves behind the battlfield, peace can only come when he stops battling himself.  This theme of not having to prove oneself is also embodied in Clara's story.  Unlike Edward, who remembers too much for his own peace, Clara remembers too little.  The victim of amnesia, she must find a way back to herself and learn that she can stop proving herself.

The second major life lesson in the book is that kindness is more important than stature.  Edward grew up rich, but he enlists in battle, choosing his cousin's well-being over his privilege of birth.  Elena, the subject of the portrait that is painted in Venice in 1566 by Francesco, is beloved by the poor painter.  Unfortunatey, in Elena's case, her father realizes too late that the kindness of Francesco's heart is more important than his lower stature.  Thus, the painting teaches this lesson to each generation that encounters her with varying degrees of success.

The third life lesson, and the last I'll discuss here, is the importance of following your heart.  Although this lesson has played out in many books before, the paintin allows the characters in What Edward Heard to accomplish this in a unique way.  By befriending them, she allows them to have better lives.  Some do not realize that.  Others, like Edward, come to appreciate all she can offer. 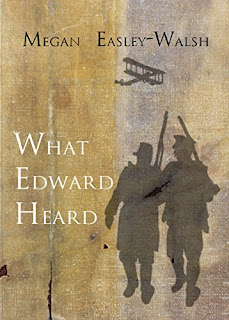 In my next post, I'll be discussig historical fiction research.

My best to yo all,

Megan Easley-Walsh
Author of
To find out more about Mgan and her books, visit www.MeganEasleyWalsh.com