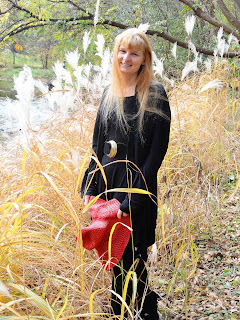 Laura Vosika, author, mother, musician, and photographer, has been featured on WCCO TV, Minnesota Public Radio, 950 AM, and the Minneapolis Star Tribune in relation to her many artistic endeavors.

She has gained regional and national attention for her multifaceted artistic and business achievements. An accomplished author, publisher, musician, photographic artist and amateur historian, her body of work reflects her diverse creative talents, rich life experience, and an understanding of the timeless resilience of the human spirit. A native of Minneapolis and mother of nine children, Laura successfully blends her love of literature, music, and history into a compelling portfolio of work.

She is best known, nationally, as the author of the acclaimed Blue Bells Chronicles books. This popular, action-packed series of novels follows the grand adventures of a modern day, self-indulgent, famous--and infamous!--classical musician and a noble, medieval Highland warrior as they crisscross medieval Scotland and the 21st century. Laura’s characters in this atmospheric drama are connected, even as they live centuries apart, through the power of love, hope, and redemption.

As a child, Laura had a boundless curiosity and an early interest in story-telling. She credits her love of history and adventure to her exciting childhood experiences. Though she was born in Minneapolis, Minnesota, Laura‘s father was in the U.S. Military, so she grew up traveling abroad and visiting castles in England and Germany. Her early memories are of touring villages in the Alps, walking through the medieval towns of Europe, and attending local events such as pig festivals and bull fights.

It was her return to Minneapolis (after several years living in Ireland, Wisconsin, and Washington state) that launched her first novel and led her on a path to national notoriety. 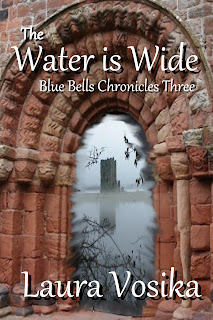 In 2004, she and her family moved back to Brooklyn Park, where she joined Night Writers, a group of local authors who met weekly in Maple Grove. Her first book, Blue Bells of Scotland, was completed and she found herself seeking a publisher. By 2008, she and another member author saw the growing industry trend toward independent publishing and decided to open Gabriel’s Horn Press. By 2009 they were publishing and promoting the works of local writers, including Laura’s novels. Since then, the firm has built a regional and national reputation. With 40 books published and tens of thousands sold, Gabriel’s Horn Press is fast becoming one of the leading independent publishers in the Midwest.

Laura’s writing and characters are also inspired by her musical talents. She is an accomplished classical musician and performer. After earning a bachelor's degree in music, Laura worked as a freelance performer, playing trombone for pit orchestras, ballets, and symphonies, and flute and harp for other venues, including Plymouth Creek's Primavera Arts shows, and numerous events at for the Maple Grove Arts Center.

Later she earned her masters’ degree in education and accepted a position as music teacher and band director at Our Lady Star of the Sea School in Washington State. For almost three decades she has taught private lessons on wind instruments, piano, and harp. She is currently a faculty member at Kramer’s School of Music in Eden Prairie, Minnesota and Music for Everyone of Maple Grove, Minnesota. 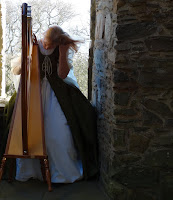 Laura’s recent interest in photographic art has won her local recognition. Her work is part of a traveling art exhibit titled “Infinite Experiences; the Timeless Power of Universal Beauty” and currently on display at Plymouth Creek Center, and available through Emmanuel's Light.

When she is not spending time with her children, writing, teaching music or mentoring book authors, she enjoys historical research, learning Gaelic and playing piano, harp, and flute.

Website
Twitter
Facebook  Most current updates will be found here
YouTube Laura posts Scottish and medieval songs, along with keeping playlists of videos involving medieval weapons, video tours of Scottish sites, Gregorian chant, and others associated with her books
Photography  Laura's collaborative photography, along with Dr. Chris Powell.  Many of the photographs feature sites in Scotland, connected to her writing
Travel Blog Narratives and photographs from Laura's research trips to Scotland
Pinterest Photographs of all things medieval and musical, Irish Wolfhounds, and more