And yet, it is not the same as the English, or common, bluebell, the hyacinthoides non-scripta. And despite its name, the Scottish bluebell is not always blue, but comes in shades of purple, pink, white, and cream.  A rose by any other name....

Even the briefest study of the bluebell, after which the folk song, Arthur Pryor's showcase trombone solo, and my own novel, are named, reveals many monikers: campanula rotundifolia, Endymionin Latin, harebell, lady's thimble, fairy thimbles, aul man's bells, witches' bells, the wild hyacinth, Dead Man's bells, milk-ort (milk herb), or its common name, bluebell. This, by the way, is probably still not a complete list.

In strictly factual terms, the bluebell grows in clusters of bell-shaped flowers, a perennial which blooms from spring well into the fall, sometimes as late as November. They are a favorite of hummingbirds, and pollinated by bees, although they are capable of self-pollination. It is a woodland flower which may spread quickly, but will also grow in cracks in cliffs or walls, and on grasslands and heaths. They are a hardy flower which thrive with either sun or shade.

As a writer, I find the history, symbolism, and myths associated with the flower far more interesting. The bluebell, or harebell, is the official national flower of Scotland, although many sources also list the thistle as Scotland's flower.

Humility, constancy, gratitude, and everlasting love in Scotland. It is also associated with death in Britain and is often planted on graves.

Fairies: Bluebells are strongly associated with fairies, as it is said that the fairies ring these tiny bells to summon their people to the fairy convention. The fairies were rather protective of their bells, and would cast spells on anyone who damaged or picked bluebells, which would explain why it was considered unlucky to walk through a field of bluebells. What better way to damage them and call down the fairies mischievous spells on your head? According to others, fairies used the bluebell to trap passersby, especially children. Some sources say that the bluebell's properties allow mortals to see fairies, or see into the world of fairies.

Witches: Others claimed that witches turned themselves into hares to hide among the bluebells, explaining not only the hares rampant in the flowers, but bringing about the name harebell. Some said if you heard the bluebell ring, someone close to you would die. The bluebell produces a white juice, which was said to be used by witches both for a 'flying ointment' and to transform themselves into hares.

Moon Goddess: Wandering farther afield from the British Isles, the bluebell is associated with the shepherd boy Endymion. The moon goddess, variously called Seline or Diana, fell in love with him and cast an eternal sleep on him so that she could enjoy his beauty alone, forever. 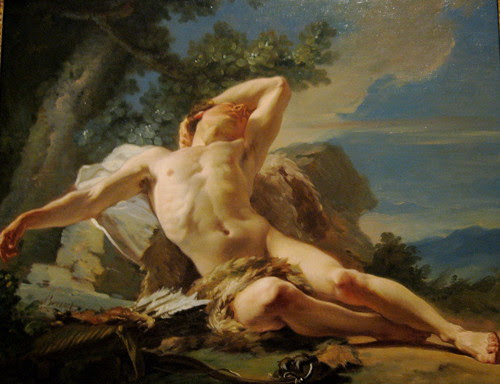 A path between worlds: Most interesting to me is the belief that the bluebell 'thins' the walls between worlds and realities. Folklore warns of the danger of becoming lost in strange states in fields or woods of bluebells, and needing to be led out by another. One writer suggests that perhaps they do exist in multiple worlds at once: a fascinating reminiscence of the pools between worlds in the Narnia series. In Blue Bells of Scotland, Niall and Shawn each go to sleep in the castle tower, seven centuries apart, with bluebells present, and wake up in one another's times.

The bluebell is, according to many sources, a poisonous plant, once used in ancient alchemy. Interestingly, its properties are currently being researched for medicinal uses.

Other sources say that the bluebell is not only edible, but has healing properties, having once been used by the Cree, Chippewa, and Thompson Indians and others, for various purposes: heart, lungs, eyes, and ears; to stop bleeding and reduce swelling; as an anti-depressant, anti-fungal, and a concoction to increase milk supply in new mothers. It is also associated with preventing nightmares and curing leprosy, tuberculosis, and spider bites. Quite a lengthy list for one little flower!


I will add, however: Do not try this at home, kids! It is not medical advice, it is strictly a report on what other sources say.

As yet, I have found only that the bluebell is associated with Roman Catholic beliefs and St. Dominic de Guzman, founder of the Friar Preachers, but not why.

I like to think that there is wisdom to be gleaned, lessons to be learned, from everything around us. In the bluebell, I see a great deal of human nature: the contradictions in all of us, the multi facets, and the fascinating stories that lie, waiting to surprise us if we only stop and listen, behind the most humble of exteriors.

There is currently a GIVEAWAY GOING ON: 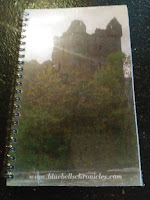 To be entered to win, just leave a comment on the blog post.  Remember to leave me SOME way of contacting you if you are chosen as the winner!

If you liked this article, you might also like
Thomas the Rhymer and the Ferry Queen
Eating Medieval: Bough Cake
Selkies
or other posts under the Scottish Legends label